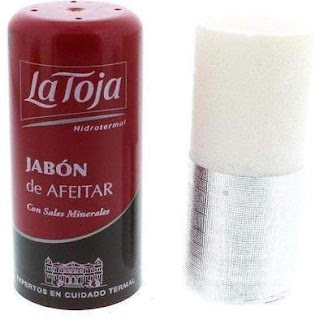 Proraso Sandalwood is a traditional, vegetable stearin-based formula is enriched with natural ingredients which make it particularly concentrated and rich. 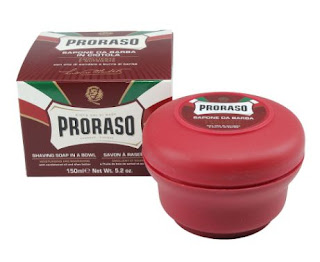 Virgilio Valobra Shaving Soap is an Italian made tallow soap that is very popular in Italy. 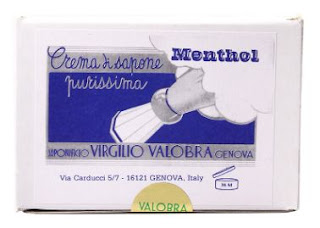 This Sterling Lime is a delightfully refreshing soap. It lathers very easily and provides plenty of  slickness and protection. 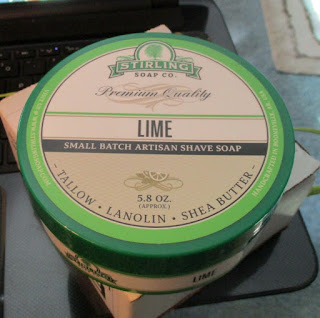 Pharoah's Dreamsicle is my first Sterling shaving soap. It smells just like an orange creamsicle. I got it and the matching after shave November 15, 2017, in a trade for a brush. 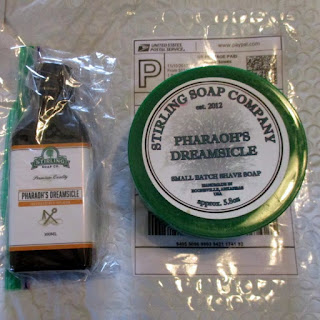 Tim sent money for my birthday (2017), and I got some new soaps. I got Fine Snake Bite with a Fine bowl and Musgo Real classic scent shaving soap. 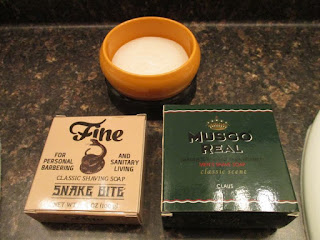 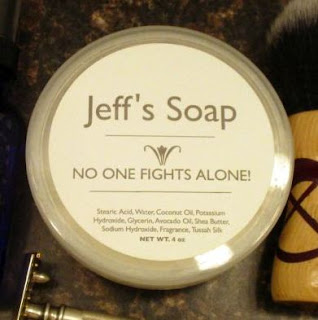 I received this Cremo Cream Shave Cream in a trade with a fellow TSDer. It is non foaming, but it seems to be a nice cream. I may use it in conjunction with Williams or Colgate. 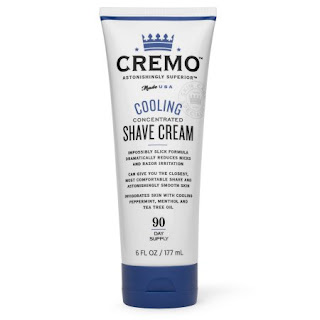 I got this puck of  vintage Colgate Mug Shave Soap from a guy on TOST. 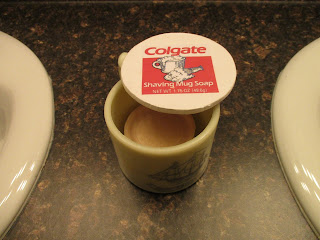 I ordered Mitchell's Wool Fat Shaving Soap with money from Father's Day from Tim and Phil.

Mitchell's Wool Fat soaps were first produced in the early 1930's by Bradford chemist Fred Mitchell who realized that the natural lanolin content of wool fat, which kept the hands of local sheep shearers and wool sorters so exceptionally soft, could also be beneficial to delicate complexions and sensitive skins. Mitchell's Wool Fat Soaps are still made to Mr. Mitchell's original formula, based on a recipe from the turn of the century and incorporating lanolin from the wool fat as the key ingredient. The soaps are a simple and natural product with a delicate scent and are very popular among avid wet shavers. Purchased June 15, 2014. I traded the soap for a Schick Krona DE razor. I later got MWF back in a trade for my straight razor. It arrived February 26, and I shaved with it on February 27. I'm happy again.


Musgo Real was my first fancy shave cream. It had a very pleasant scent and did the job well. I used it all up and have moved on to less expensive soaps and creams afterwards. 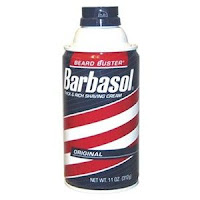 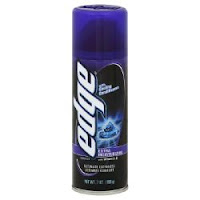 For years before taking up wet shaving seriously, I used Edge shaving gel. It provided a quick lather that protected well in conjunction with multi-blade cartridges. I have left the canned goo/lathers behind. 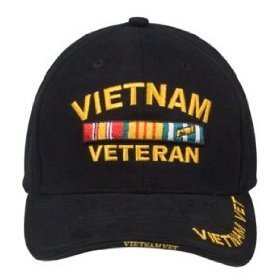 Pronounced jay-AR-uh. Jay as in jay, AR as in "are," and uh as in "uh." Meaning J R or Jim Roe. It is a nickname that came to me when I worked on a framing crew that already had a Jim, a Wayne, and believe it or not a "JW." So was born Jayaruh.